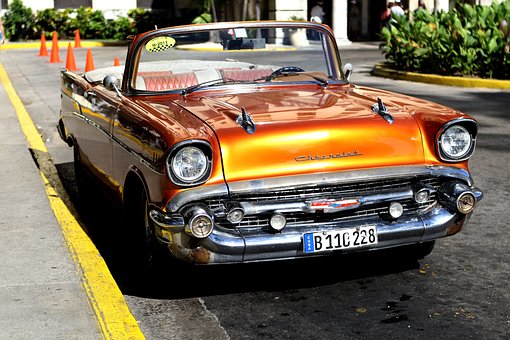 With its architectural jewels and the celebration of its 500th anniversary in 2019, the city’s historic heart is the subject of an ambitious plan to restore its buildings.For the record, at the current location of the brand new hotel was Hotel Biscuit, inaugurated in 1911 and renamed Packard in 1931.Any connection to vintage cars ? Directly, since its owners, the Mercedes brothers and Evaristo Ulloa Ferro were proud representatives.Until the late 1950s, the place was popular with many personalities, including the Chilean poet Pablo Neruda and actor Marlon Brando.

Renovations of the original building by the Spanish channel began in 2015.The old facade and its colonial details, the vast hall and the four floors of the time have been preserved.In a modern architecture, combining metal and concrete, five levels have been added, for a total of 10 floors today.

The luxurious brand has 321 rooms, all very spacious, with 24-hour service, as well as several categories and different types of suites.In addition, there is the possibility of moving to the Star Prestige zone located on the 10th floor in an independent area with a private breakfast room, as well as a concierge and butler service for an even more exclusive stay.The hotel also houses a spa and gym with state-of-the-art facilities.

book your hotel on : https://www.booking.com/city/cu/havana.html

One of the most notable attractions of the Packard is the 6th level.An eight-metre overhang above the ground creates a huge open space where views at different angles of the city and Havana Bay are reflected in the L-shaped overflow pool.It seems to be embedded in the structure of the place, which also houses a bar, deckchairs, tables with dining areas and several armchairs.At aperitif time, you can enjoy the sunset and spectacular views of the city, the Malecón (the waterfront promenade) and the El Morro fortress (Castillo de los Tres Reyes del Morro) at the entrance to the port.The place is also attractive in the evening with the city fires and the light effects reflected in the pool, and no less lively with its restaurant l’Español, specialized in tapas.

It is one of the establishment’s three à la carte restaurants, with the Biscuit restaurant offering refined cuisine with the latest trends and the Tradiciones restaurant serving delicious specialities of Cuban cuisine.

As for breakfast, it is served on the first floor in a large room with a pretty outdoor terrace and a well-stocked buffet.

On the ground floor, there is a piano bar, a cigar bar and an impressive patio with glass roofs adjoining the lobby, which serves as much as a terrace for a coffee or a drink as an event and show room.

Because of its exceptional facilities, including several multifunctional spaces, the establishment is ideal for business tourism and prestigious events of all kinds.For example, at the beginning of January, the hotel initiated and hosted the first competition and parade of 200 classic cars as well as the Gastroculte 2019, the first edition of a gastronomic event bringing together Cuban and international chefs.Many musical performances are also on the agenda, including shows by renowned Cuban artists and DJs.

Le Grand Packard is located on the emblematic Paseo Del Prado, an avenue housing several remarkable buildings in colonial and Art Deco style that runs from the Parque Central to the waterfront and borders Old Havana and Centro Habana on one side.